No laughing matter as Dutch masterwork stolen for third time 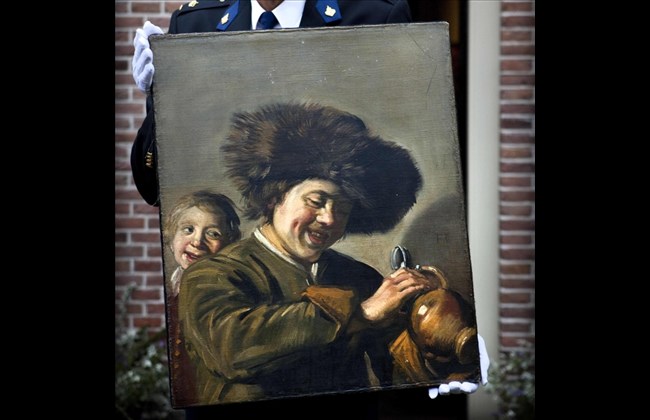 For the third time in 32 years, thieves have entered a Dutch museum and made off with the painting “Two Laughing Boys,” by Dutch golden age artist Frans Hals.

The canvas by the 17th-century master was taken during a burglary at the Hofje van Mevrouw van Aerden museum in Leerdam in the early hours of Wednesday, police said.

Featuring two laughing boys with a mug of beer, the painting was previously stolen from the same museum in 2011 and 1988, being recovered after six months and three years respectively.

Dutch police said in a statement that officers rushed to the museum in the town 60 kilometres south of Amsterdam after the alarm went off around 3:30 am but they failed to find the suspects.

“After the manager of the museum was able to provide access to the building,” the statement said, “it turned out that the back door had been forced and one painting had been stolen, ‘Two Laughing Boys’.”

Police said they had started an “extensive investigation” involving forensic investigators and art theft experts. They were checking cameras and talking to witnesses and local residents, they added.

Frans Hals was a contemporary of fellow masters Rembrandt and Vermeer during the Dutch Golden Age, a flowering of trade, colonialism and art in the Netherlands roughly spanning the 17th century.

He is best known for works including “The Laughing Cavalier,” which hangs in the Wallace Collection in London, and “The Gypsy Girl,” now housed in the Louvre in Paris.

Dutch art detective Arthur Brand — dubbed the “Indiana Jones of the art world” after tracking down a series of stolen works — tweeted that “the hunt is on” for the “very important and precious painting by Frans Hals.”

Brand said the “Two Laughing Boys,” an officially designated piece of Dutch national heritage, had been stolen on the anniversary of Hals’ death in 1666.

In March burglars stole the Vincent van Gogh painting “Parsonage Garden at Nuenen in Spring” from another Dutch museum that was closed for coronavirus measures, on what would have been the painter’s 167th birthday.

Brand said in June that he had received two recent photos of the van Gogh as “proof of life.”

Many people earn money online and you can too. If you are interested in online backup reviews and making money from posting online reviews then you should look at The Online Publishers “TOP” platform to help you start doing that.