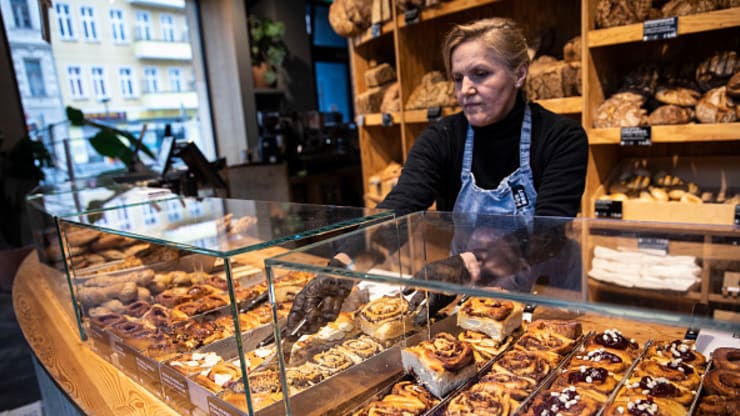 Major European economies are downgrading already dire economic forecasts on the back of a second wave of coronavirus infections sweeping through the continent, with over 6.3 million cases now reported in the region.

The Bank of Spain warned Tuesday that strict measures to contain the spike in virus cases could push the country into a worse-than-expected economic crisis. The bank warned that in its worst-case scenario, gross domestic product (GDP) could contract 12.6% in 2020. In a less pessimistic forecast, GDP is forecast to contract 10.5%.

“We cannot rule out more unfavorable developments than the ones we had in our second scenario, the more adverse of the two we considered,” Bank of Spain Governor Pablo Hernandez de Cos said.

Political infighting in Spain has worsened as infections have risen, with capital Madrid particularly badly hit, leading to parts of the city being put in lockdown.  Spain has the highest number of cases in Europe with 825,410 reported infections, according to a tally by Johns Hopkins University. The World Health Organization puts Europe’s total tally of cases at just under 6,338,000.

France, the euro zone’s second largest economy, is also warning that an economic rebound post-lockdown is likely to plateau in the fourth quarter, as a spike in cases stifles business activity. France has the second highest number of infections after Spain, with 675,736 confirmed cases, according to JHU.

National statistics agency INSEE expects GDP to shrink 9% this year but said a lasting tightening of restrictions — France has introduced strict measures in several cities, including Paris, where bars are closed and other hospitality venues are restricted — could lead to further economic declines.

“After the sharp rebound associated with the lifting of lockdown … economic activity could thus slow down at the end of the year (due to) the resurgence of the epidemic,” INSEE said.

“This forecast for the fall reflects the great uncertainty that characterizes the coming months. A lasting tightening of health restrictions could thus trigger a further contraction of GDP in the fourth quarter. Conversely, if the health situation stabilizes, the evolution of GDP could be positive at the end of the year.”

Germany, Europe’s largest economy, has announced further restrictions in major cities, including Berlin and Frankfurt, to stem a rise in cases.

In Berlin, restaurants, bars, local shops and other businesses will have to shut between 23:00 p.m. and 06:00 a.m. while in Frankfurt, bars and restaurants will have to close at 10 p.m. Germany’s central bank, the Bundesbank, said back in June that it expected economic output to shrink by 7% in 2020.

Germany reported 2,639 new cases Tuesday, and a further 2,828 on Wednesday, data from public health body the Robert Koch Institute shows, bringing the total number of confirmed cases in the country to just over 306,000.

The latest economic data points to mixed fortunes for the German economy; it reported Tuesday a 4.5% rise in industrial orders in August, from the previous month. But on Wednesday it reported lackluster industrial output data for August, having fallen 0.2% from July.

Carsten Brzeski, global head of macro at ING, said Wednesday that “assessing this kind of backward-looking data is currently like looking at pictures of a great summer holiday, the economic prospects for the final quarter resemble the current view out of the window at 8am in the morning: grey and rainy.”

“While yesterday’s industrial orders data gave hope that the manufacturing rebound could last into the final quarter, new restrictions on the back of an increasing number of new infections don’t bode well for the service sector. The fact that fewer activities can be organised outside should also leave its mark on consumption and services. Winter is coming,” he warned in a note.

Not everyone is pessimistic.  Another major European economy that had predicted a 9% decline in GDP in 2020 revised its GDP forecasts higher Tuesday, on the proviso that it avoided another lockdown.

The Bank of Ireland issued forecasts that its economy would contract by just 0.4% in 2020 if another full lockdown can be avoided (Ireland rejected health advisors’ calls for another lockdown earlier this week), a significant upgrade from July’s prediction for a 9% fall.

Ireland’s central bank governor warned that any projections and forecasts need to be cautious, that they “depend on the path of the virus, it will depend on the decisions that governments make.”

When creating content to post on social media, you ought to be asking yourself: How to make sure the content would contribute successfully to the digital marketing of your brand? To help answer your question, it is important to raise two main points: First of all, you need to identify what makes your brand unique, and what it is that only your brand can offer.